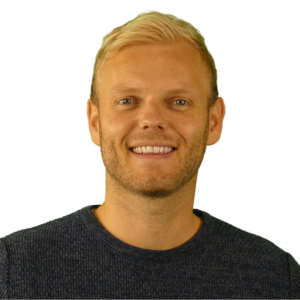 As co-founder at WeeDutch, Bas has been working for many years to make the synarchy effects of cannaboids, terpenes, vitamins and herbs available to companies and organizations within Europe.
All Posts 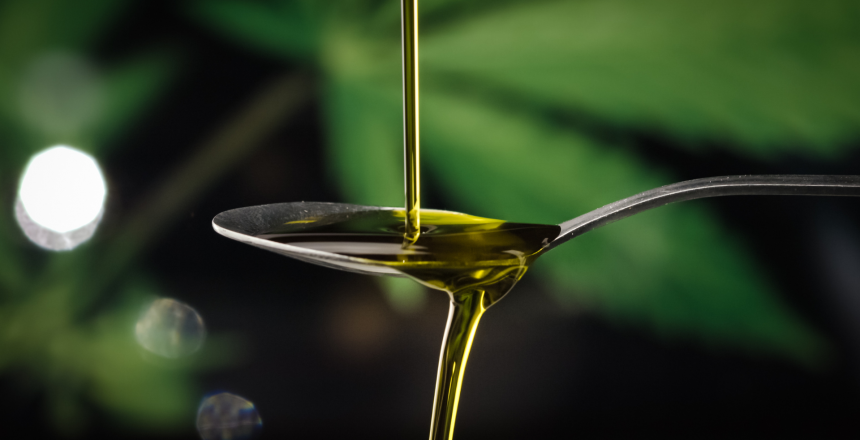 Distillate, which resembles runny honey in consistency, is a fantastic option to purchase CBD that is more potent than usual. Depending on your preferences, it can be taken in a variety of ways and is the strongest version currently on the market.

Before considering a purchase, it’s critical to understand what to anticipate with such a powerful tool.

What is cannabis distillate?

When hemp extract is winterized in ethanol and then distilled, the result is Cannabis Distillate, a viscous, golden amber liquid. Many contaminants are eliminated during the distillation process by carefully heating and cooling the resultant vapour.

A strong combination of terpenes and cannabinoids is the end result. The distillate should be completely clear, with no traces of floating particles or noticeable cloudiness. Up to 90% of the cannabinoids in a high-quality Cannabis Distillate are cannabinoids.

It is frequently mixed with carrier oils like MCT to create less potent products because of its purity and potency. However, some stores sell it unadulterated. The viscous liquid occasionally crystallises because of the high concentration of cannabis it contains. Any minor increase in temperature will cause it to liquefy again.

Distillate is most likely to be tasteless and odourless, unlike the majority of CBD products. However, when vaporised, those that have a trace quantity of terpenes are likely to have a mild, hemp-like flavour and aroma.

Even the purest forms of CBD have a great safety profile, according to the World Health Organization, which notes that there hasn’t been much research done especially on Cannabis Distillate: There is currently no proof that using pure CBD has any negative effects on public health.

Nevertheless, it’s crucial that you adhere to the usage instructions on the label because this product has a considerably higher potency than the majority of others. Additionally, according to the Food Standards Agency’s general CBD recommendation, “healthy adults should not take more than 70mg per day unless a doctor specifically approves more.”

Isolate and Cannabis Distillate are the same, right?

Although hemp extract is refined to produce both distillate and isolate, the final result is different. The majority of distillates include a variety of cannabinoids as well as other compounds like terpenes. Only CBD is present in CBD isolate, which is further processed and purified to achieve a higher level of purity.

Crystals can form in both isolation and distillate, but you can tell them different by the colour difference. Crystals made from isolation are normally white or colourless, while those made from distillate are frequently a hue of amber or gold.

What advantages does Cannabis Distillate have?

Distillate is a special technique to consume CBD and has its own advantages:

Although distillate is a fantastic option to purchase CBD, it isn’t for everyone and has certain disadvantages:

Why There is no other plant matter present; Cannabis Distillate only includes cannabinoids and a small amount of terpenes, so you won’t gain the benefits of the additional plant nutrients and fatty acids that are present in the majority of whole-plant CBD oils. How to consume distillate of CBD

Most frequently, Cannabis Distillate is inhaled, consumed, or absorbed sublingually. The kind you purchase may also affect how you use it. The following are a few of the prevalent types:

1. Ready to use in a syringe

A syringe helps with exact measuring because distillate is a thick, gooey liquid. It’s likely that when you get it, it will have crystallised at room temperature. The capped syringe should immediately transform back into a liquid if you dip it into some warm water.

You can now add it to food or drink, place a small quantity beneath your tongue, or dispense it into a vape tank.

2. In a jar as a liquid or as crystals

It’s far more difficult to use distillate when it’s packaged in a jar. You must put it in a syringe or vape tank if you want to be able to administer it precisely. Make careful that no water enters the distillate as you first place the container in a bowl of warm water. Any crystals that have developed will be broken up by doing this, making the liquid easier to pour.

Use the end of a teaspoon handle or the tip of your fingernail to scoop out a small quantity if you want to use it straight from the jar. After that, you can smear this beneath your tongue, add it to food, or swirl it into a beverage.

3. pre-loaded into a vape pen or cartridge that is disposable

The simplest way to consume distillate is by far pre-loaded vape pens and cartridges. You don’t even need to touch the sticky substance; just connect the vape battery, wait for it to heat up, and breathe in the vapour.

Additionally, up to 56% of each puff of CBD inhaled reaches your bloodstream for usage by your body. As a result, vaping is among the most efficient ways to consume distillate.

What dosage should I use?

You should be careful not to take more CBD than is advised everyday because distillate is much stronger than other forms of the compound. On the first day, start with the least amount feasible and wait until the second day to assess its impact.

Previously difficult to find, concentrated CBD products like distillate are now more readily available. Although the thick, sticky liquid can be challenging to measure accurately, it’s a great option to purchase CBD that is incredibly pure and powerful. It’s also a nice difference for those who don’t enjoy the strong grassy bitterness of many whole-plant hemp oils because it has almost no scent or flavour. 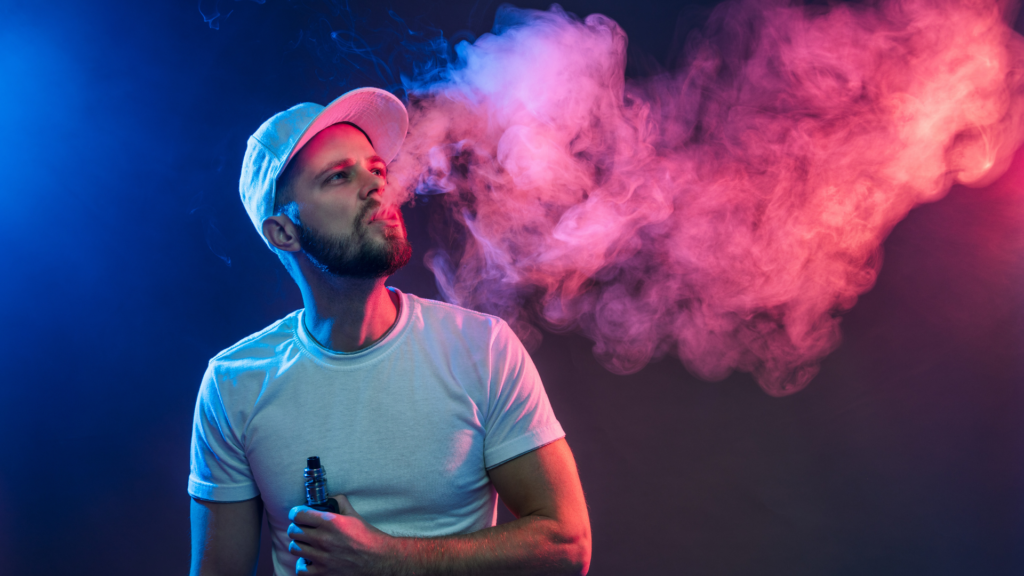 One of the simplest forms of hemp cannabinoid extracts is CBD isolate, which is also one of the most adaptable raw materials you have at 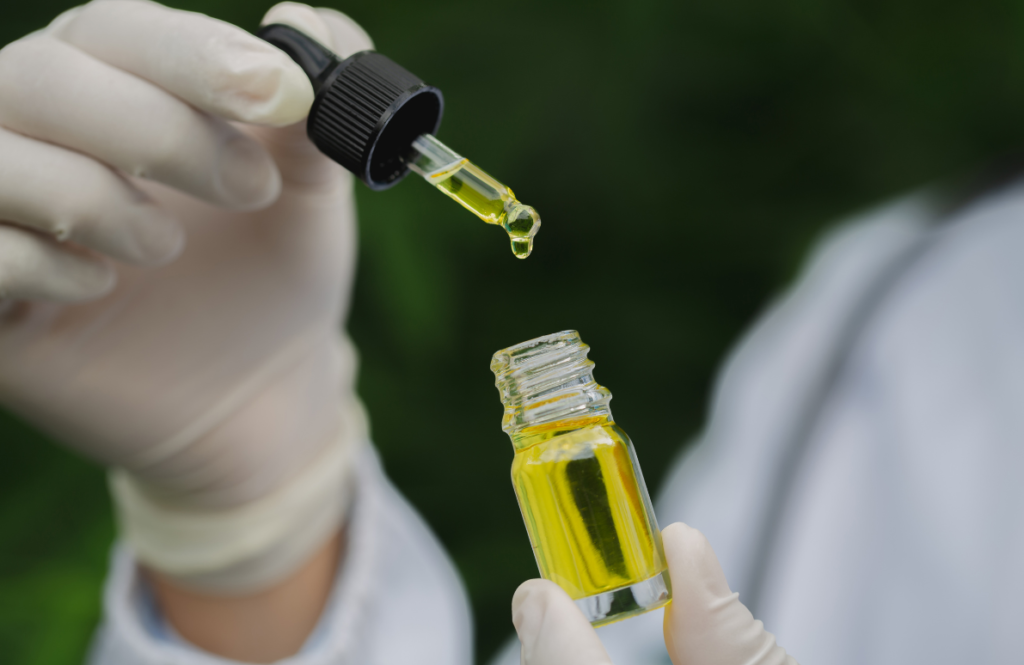 Cannabigerol is a promising cannabinoid capable of providing a myriad of therapeutic benefits. Scientific studies have indicated that CBG is a potentially potent analgesic, muscle-relaxer,

Home » News » Vape » Cannabis distillate guide: What is it and how to use?